The Final Hearts Sound Cartridge is like mix of two characters. Sora from Kingdom of Hearts, and Naruto.  have your stream give inspiring quotes, optimism and courage to an ever-darkening world. He knows he has the power to push through, believe it!

[See What’s Inside – Scroll Down]

You can download these sounds straight away after purchase.
See the content map below and see all the extras X_X

Large collection of sounds inside, for notifications, alerts and memes

We use the most reputable payment providers

The Final Hearts Sound Cartridge is modeled on a mix of two characters. Sora from Kingdom of Hearts, and from Naruto, a young Ninja giving inspiring quotes, giving optimism and courage to an ever-darkening world.

The Final Hearts Sound Cartridge contains sounds for standard Twitch alerts, both with an intro stinger and without. Including new donation, new subscriber, new follower, a new raid, and a new host.

We have included a pack for the ‘Sound Alerts Twitch App Extension’, for getting more donation interactions. There are more than enough awesome references to keep your audience entertained for ages, so many that you can change them around every day.

There is a huge bonus pack of extras, for when you want to get creative and have fun with them, narrate your game with them, make jokes, memes, we really loaded this sound cartridge.

We have many more packs, all with different character voices, check them out! 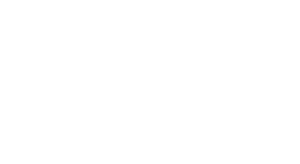 We Won't Send You Anything Boring